The pyranometers are solar irradiation measuring devices, which are generally used for climatological researches or to monitor the performance of weather stations in meteorological networks, greenhouses, building automation, reflectance studies, weathering, etc.

What is Solar Radiation?

Solar radiation is the flow of energy coming from the sun; it refers to the energy incident on a surface, measured in W/m².

Solar radiation, as the brightness of the entire Sun at one wavelength of light, includes more than just visible light. If we look at the radiation spectrum, for example, we see large spectral variations in many wavelengths, from visible and IR, through UV, to EUV and X-ray.
The Solar radiation at the Earth’s surface consists of two components. Some of it remains as direct radiation, while the rest is scattered in the atmosphere and is either reflected back into space or reaches the Earth as diffuse radiation, unlike direct radiation, which has a well-defined direction.

How to measure the Radiation?

Solar systems usually have a receiving surface that collects solar radiation, for example a PV plant or solar collector. In order to determine the optimal orientation of this surface, it is necessary to be able to take into account the amount of solar energy collected by roofs from different directions. This is complicated because the sun moves across the sky and rarely meets a fixed surface directly, and because of the different components of radiation (direct, scattered and reflected from the ground) reaching the surface from different angles. Different weather conditions also mean that the availability of these different components changes from time to time. To make reliable calculations, we need to be able to convert the available data on clockwise solar radiation in the horizontal plane into radiation on a tilted flat surface. To convert these data, many meteorological sensors are used:

Solar radiation is generally measured by two main devices: Pyrheliometers and Pyranometers.
The pyrheliometer measures the perpendicular solar radiation coming directly from the sun and a small part of the radiation coming from the sky around the sun. Usually, sunlight enters this device through a glass window in a thermocouple (a device that converts heat into electricity). The electrical signal generated can be recorded and converted into W/m².

In the other hand, pyranometer measures total solar radiation from the planetarium (scattered as well as direct), usually in the horizontal plane. This means that the device must give an unbiased response to radiation from all directions. It consists of a horizontally oriented thermal sensor and a glass dome that limits the wavelength range, as in a pyrheliometer. 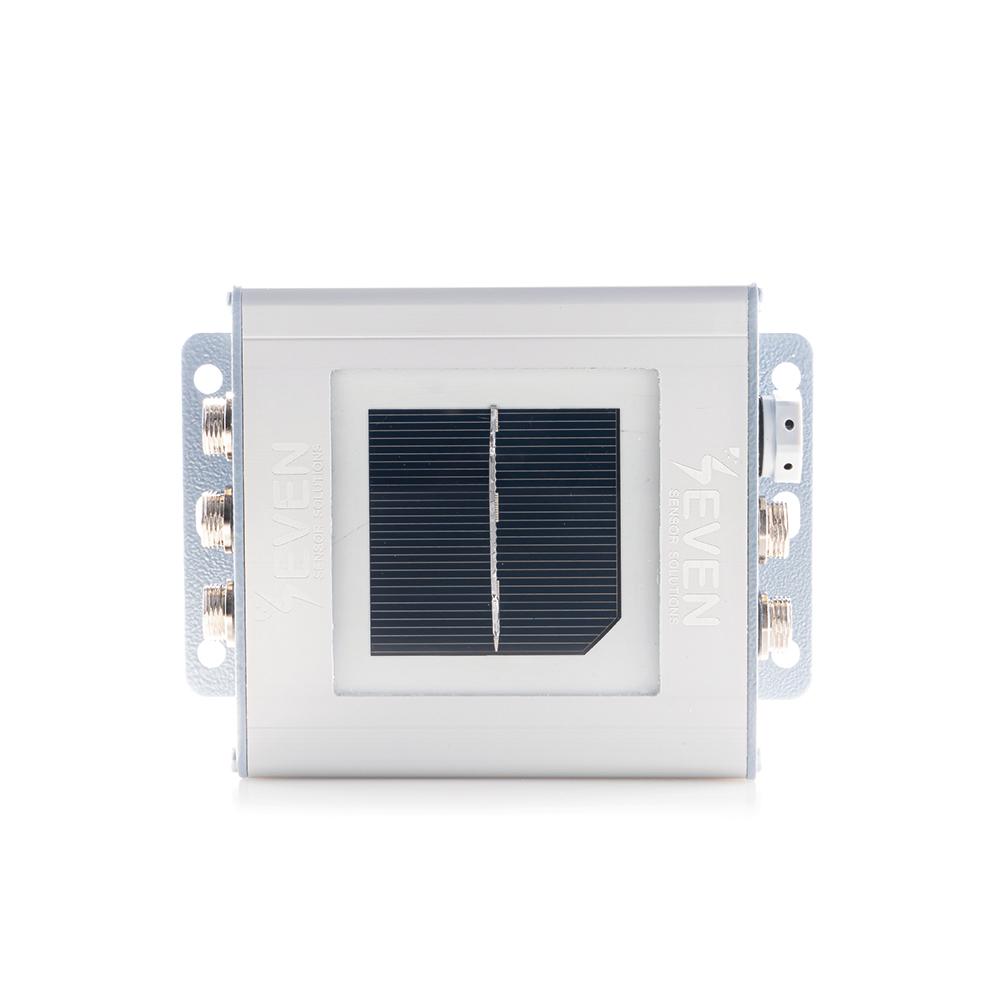 This irradiance sensor is also called a PV pyranometer because it has the same functions as the pyranometer, it measures the PAO, which is defined as the sum of the direct normal irradiance (DNI) and diffuse irradiance (DHI) components incident on a surface with a given inclination and angle of incidence (AOI). 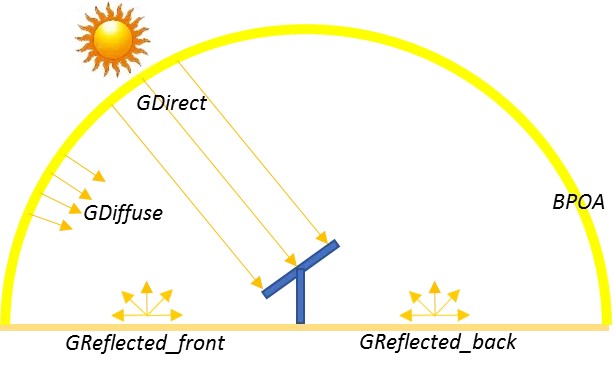 What are the different classes of pyranometers?

Pyranometers are not all of the same quality. The World Meteorological Organization (WMO) and the International Organization for Standardization (ISO) have established three categories of pyranometers for different applications.

On the basis of the pyranometer specifications, such as response time, thermal offsets, non-stability, non-linearity, directional response, spectral response, temperature response and tilt response, and depending on the calibration method, a pyranometer can be classified as Class A, Class B or Class C pyranometer, according to ISO 9060. The following table shows the three mentioned categories: